Nepal is bracing itself for the official launch of a brand new casino location which is going to take place on 16 March and it is going to go by the name of Tiger Palace Resort Bhairahawa. The casino resort is located near Nepal’s border with the Indian state of Uttar Pradesh and according to the forecasts of experts in the field, it has the potential to attract players from near and far, ready to give their luck a try in the new gambling venue. As it is known, the new venue began operation on 28th December, right before the end of the year, as this was the day it received its license for operation, but the official launch ceremony is going to take place this Friday.

The main target for the new gambling facility is going to be the premium mass-market, as this is the general shift which is visible in large gambling hubs such as Macau. Premium mass-market tourists and players could provide a more sustainable source of revenue for the casino developers, because apart from gaming in the casino facilities and utilizing the gambling offerings, they are willing to spend money in the non-gaming sector as well, such as hotel accommodation, food offerings, and more family-friendly entertaining.

The grand opening of the entire integrated resort is going to be held this week and the Australia-listed Silver Heritage Group Ltd. has confirmed that the weekend will be dedicated to the festivities around it. All gambling enthusiasts who are willing to participate in the casino activities provided by the casino facility will have the chance to enjoy a total of 44 gaming tables, as well as more than 200 electronic gaming machines loaded with some of the leading gaming titles. Along with the gambling offerings, the facility also features a stage for performances and a bar ready to provide the players with a good time.

According to the information given by the casino management, the facility spans over 2,500 square meters and it has on offer three diverse gaming areas. Even though the targeted gaming segment is called premium mass, this could not be qualified as a high roller one. This term is regularly used in the industry aiming to indicate a segment of players betting in high minimums but in cash, which differentiates them from the high rollers.

As for the accommodation provided by the integrated resort, it is going to feature a hotel tower with 100 rooms available for booking, which was launched back in September 2017 with a soft opening, while the first guests of the hotel were welcomed on 28th December. The new resort also features a wide variety of food and beverage locations, a large swimming pool ready to welcome the guests of the resort. There is also a specially dedicated club for the youngest guests of the integrated resort, as well as the much-anticipated spa complex.

As it has been confirmed by the estimations of analysts in the field, the new integrated resort is aiming to reach middle-class Indian citizens who live in states to the likings of Delhi, Uttar Pradesh, Bihar, and West Bengal. This is going to bring more interest and revenue to the field in Nepal and a potential jump in the gross gaming revenue of the casino operator. It has been confirmed that the growing middle class of Indian nationals had the potential to generate nearly US$10.2 billion annually by the year 2025. 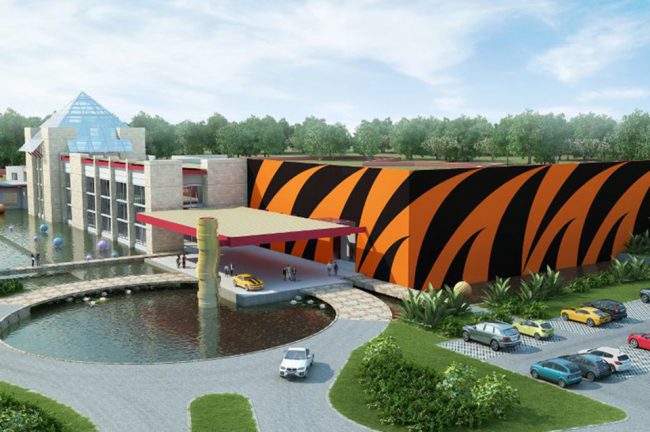 An important factor which should be taken into account is the fact that Silver Heritage Group recently reported a significant loss for the year 2017, to the likings of non-recurring costs, primarily IPO expenses, and one-off non-cash impairments, recurring costs, primarily IPO expenses, and one-off non-cash impairments. The last twelve months saw a considerable shift in the operation of the operator, which was formerly managing mostly electronic gaming halls, while it is now launching the new integrated resort in Nepal. This conscious branching out aimed to diversify the operation of the company and focus on the gambling operations in Vietnam and Nepal.

In its public issuing of information, the company made it clear that its total group revenue reached US$18.3 million for the entire 2017. This marks an 8-percent jump in comparison to the year 2016. As for the hotel revenue which has been generated since the opening of the location, the first three months brought some US$177,000, whereas the total expenses amounted to as much as US$677,000. This equals a segment loss reaching US$560,000. What the integrated resort management is striving to do is provide Indian residents with an attractive location for holding their wedding receptions and festivities.

The Indian weddings market amounts to almost US$40 billion over the span of a single year, and this is what makes the target even more desirable. Last month saw the first wedding event hosted in the casino resort, as well as the 25th corporate anniversary of a Nepal businessman. This boosted the number of guests to 913. The 26th January also saw another significant event in the integrated resort, which also coincided with the India Republic Day holiday. There were more than 660 individuals present and more than 120 of them had booked a stay at one of the luxurious rooms of the hotel.

Towards the end of this year, the casino resort is also going to see some added benefits, among which the addition of the highly-anticipated VIP rooms, boasting eight gaming tables. There are also the plans of the casino operator which include a second gambling resort located near Nepal’s border with the Indian states of Bihar and Sikkim. This second location is going to target gambling patrons from that region, due to its potential proximity to India’s contiguous border with Bangladesh Nepal is going to see the official launch of its partially operating gambling resort very soon and this is expected to cause quite the impact on the gaming industry in the region, as well as in India. Over the span of two days, all patrons willing to attend the festivities will have the chance to see the fully operational casino resort in action, with many offers up for grabs.