The development around the luxurious Imperial Pacific Resort and Casino provides new happenings on a regular basis and it seems like the largest island of the Northern Mariana Islands, Saipan is well on its way of giving it the green light. As it was confirmed recently, that as many as four construction companies have decided to make a payment amounting to $13.9 million to more than 2,400 employees, which have not received their wages in the past.

The said decision is aiming to provide the workers with their mandatory payment which they have failed to receive in the past, as well as offer them damages payments. According to the information which was revealed during the investigation of the four China-listed construction firms, their operation involved shady practices which harmed their employees. The four companies used to pay smaller salaries than what they were required by the law and the information regarding that was issued in a statement this Monday by the US Department of Labor.

Among some the wrongdoings of the firms was paying their employees less than the minimum wage, which did not correspond with the amount of work done by the workers. There was also no payment for the overtime work hours which is also mandatory according to the Fair Labor Standards Act. The four construction contractors are MCC International Saipan Ltd. Co., Beilida New Materials System Engineering Co. Ltd., Gold Mantis Construction Decoration, and Sino Great Wall International Engineering Co. LLC.

Details around the Arrangement 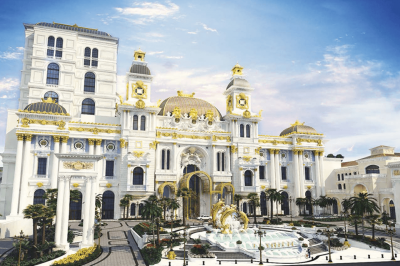 All of them have opted for a formal agreement which will see a total of $13,972,425 being paid to the affected employees. As it was confirmed, the affected workers received the permission to work in the country on the construction of the new casino venue with the help of tourist visas and they did not receive the necessary visa authorization. They arrived from China as tourists and this resulted in their rights not being protected the way they should be with the help of work visas.

Moreover, when they had to pay for their transportation to Saipan, as well as for the recruitment fees, each of them generated about $6,000 in debt, since they had to take care of everything themselves. In this sense, the formal agreement settled by the four China-based construction firms is aiming to arrange the matters in a lawful manner and settle the dispute around the controversial work.

The new casino resort which is currently being constructed will have as many as 329 rooms available for booking at its launch. According to the initial plans of the developing company, the facility was supposed to see its official launch by the end of August, but as it turns out the construction is going to need more time in order to be finalized.

At the moment there are as many as 216 people who are taking care of the construction of the new casino resort. The casino operator recently entered a partnership with Pacific Rim Constructors in Guam which ensured that the construction process will be overseen by the project management team as well as the engineers working at the construction firm.