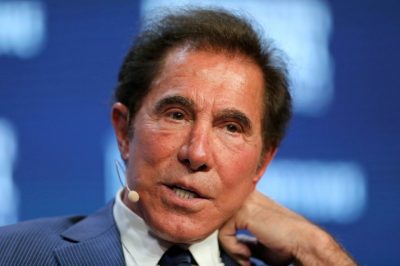 The sexual misconduct allegations which swirled around the casino tycoon Steve Wynn led to a rapid development in his career and in the gambling world as a whole. The Chief Executive Officer of the leading gambling developer decided to step away from his leading position in the company and as it was recently reported he has made the decision to give up control over Elaine Wynn’s shares at Wynn Resorts.

Mr. Wynn’s former wife had about 9.4 percent of the overall shares of the company to her name and ever since the resignation of Mr. Wynn there have been speculations as to what is going to happen to her share in the company, as it has the potential to affect the operation of the company. It could be recalled that for the last more than five years Mr. Wynn and his ex-wife have been in a legal feud over the said amount of shares, but this will soon come to an end.

The beginning of this month brought the news that Mr. Wynn has decided to put an end to his career in the company and resign from the position as Chairman and Chief Executive Officer since the negative publicity which revolved around the name of the brand was affecting it in a bad way. He is also no longer a leading position of the subsidiary company Wynn Macau Ltd. and new people have been appointed to the positions ever since.

Details around the Agreement Mr. Wynn’s lawyer stated in a letter that the resignation of the former CEO leads to some changes to the 2010 stockholders’ agreement which had been signed between him and Ms. Elaine Wynn. This decision then renders the arrangement invalid and unenforceable as a matter of law, meaning that Mr. Wynn agrees that it no longer should affect the way operations take place. In the official letter, it was said that the gambling tycoon agrees that neither he nor Ms. Wynn should continue to abide by the said agreement and take it into consideration.

According to the wording of the said arrangement, Ms. Wynn has to take Mr. Wynn’s opinion into account when it comes to the shares, even though back in 2010 they filed for divorce. At the same time, Mr. Wynn owns as many as 11.4 million shares in the company, which added to Ms. Wynn’s amount of shares makes up for 20.7 million shares. This is more than any other shareholder in Wynn Resorts and is considered a leading block. With the help of the announced agreement, both parties in the agreement will be able to operate with their shares.

This move is going to give them the permission to sell their halves, and this is a question which has intrigued many investors in the company since Mr. Wynn filed his resignation letter. It is still not clarified who is going to replace either of them in case they decide to sell off their stake in the company, but there are several options known at the moment, among which shareholder Kazuo Okada. Mr. Okada is a Japanese pachinko tycoon who owns about 20 percent of Wynn Resorts and he used to be Vice Chairman of Wynn.