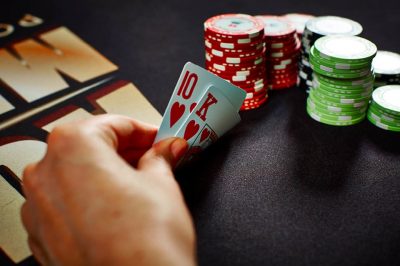 Every poker festival as to come to an end and this Thursday saw the last final table of Aussie Millions which brought tons of excitement to poker players from around the world. The congregation closed with its 26th tournament which was a A$1,150 Shot Clock Team event which was also a new one for the structure of the festival. The winning team in this tournament was comprised of Jon Kyte from Norway and New Zealand poker player Daniel Smith, each winning A$10,931 for his performance.

This event brought together the poker players teaming them up in pairs which had to climb their way to the throne. With as many as 79 teams and a total of 158 participants in the tournament, the Shot Clock Team proved to be one of the popular events which offered a lot of fun while the players were devising their strategies for success. The total prize pool of the event amounted to A$80,975 which ensured that the top positions on the leader board will receive generous payouts at the end of the day.

Kyte commenced his live poker career back in 2016 when he took part in the Norwegian Championships and JP Masters in Dublin. He finished third in the €70 No-Limit Hold’em Turbo and this brought him €940. At the moment his total live earnings reach $349,753 and this amount was boosted significantly since the beginning of this year. So far in the Aussie Millions Poker Championship Kyte has won two prizes, the first one being from A$1,650 No-Limit Hold’em Bounty Event.

In that tournament, he finished 15th and the payout for his run was as much as A$6,025. In the second event, which was the A$1,150 No-Limit Hold’em Turbo Shot Clock he climbed to the third position and received a sweet prize of A$24,810. As for his teammate, Smith has had only three live cashes in his poker career, which could not surpass the $4,000 mark. However, this was the first time the two of them met and they played in harmony against the rest of the participants. The ANTON ring which comes with the first place was a coveted prize for Kyte. The minimal amount of money which could be won was A$1,215 and as it turned out ten teams made it to the cash payouts in the tournament. The final table consisted of seven poker teams, the first three to go made of only Aussies. Jesse Maxwell and Sean Ragozzini had to leave the final table first, each of them receiving A$2,429.

Shane Warne and Jackson Warne are father and son poker enthusiasts well known in the field. In this tournament they claimed sixth place, bagging A$2,834 each. The fifth position was also reserved for Australians only, this team made of Andy Zarro and Michael Gregurek who deserved A$3,239 each for their performance. The fourth spot was then taken by two players from New Zealand, Peter Ingerson and Jacqui Thorby, who claimed A$4,048 per player. The third place on the official leader board was reserved for Aussie Bridges Roe and Joshua Abadi from the United States both receiving A$4,859.

As for the team on the runner-up position which had to leave the race so close to the throne, it was taken by Australia’s Luke Martinelli and British player William Overmire. Each of them pocketed some A$7,288 in the last tournament of the Aussie Millions Poker Championship, closing a successful last page for the poker festival.