China Rolls Out Crackdown Campaign against Gambling in Rural Regions 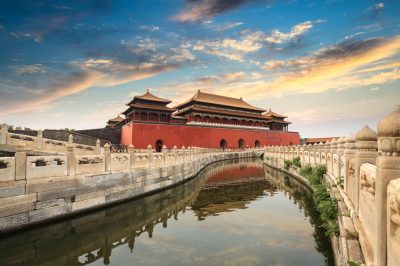 According to a document which was released yesterday, China has launched a crackdown campaign against gambling services offered in rural areas. The measure has been taken right before the Spring Festival holidays.

Three law-enforcement departments, including the Ministry of Public Security, joined forces to issue the circular, which revealed that the campaign has especially been set for the rural areas of the country. The crackdown is especially aimed at mafia-style gangs that are associated with various gambling-related activities.

As revealed by the circular released on Wednesday, crimes which involved or are related to gambling are still a major problem in rural regions of China. According to local authorities, such gambling-related crimes are a threat to society, which was one of the main reasons for the campaign to be launched.

According to the document, gambling turns out to be particularly attractive to people who have received demolition compensation, as well as for the family members of migrant workers. Chinese authorities have been considering the implementation of measures that would push people to report gambling activities. Opponents of gambling activities and their possible harmful effect on local customers also urged local authorities to investigate deeper into online gambling and iGaming services offered to people.

The authorities have also been called to make sure that residents of rural regions are provided with qualitative cultural services. For the time being, Chinese mainland recognises gambling for profit and professional gambling as illegal activities. Apart from welfare lotteries and some state-run sports betting activities, all other forms of gambling are not allowed in China mainland. Still, there are special administrative regions, such as the one of Hong Kong and Macau, where residents and visitors of the country are provided with access to casino and betting options.

Only a few days ago, people familiar with the situation revealed that China is preparing a proposal to open Hainan Island for gambling operations. This would be remarkable move that could end up with some major changes brought to the local gambling industry.

For some time now, rural areas have been increasingly targeted by illegal gambling operations, including illegal online gambling websites. Earlier this year, the Public Security deputy minister Huang Ming claimed that some of these activities have been covered up with protective “umbrellas” and ordered police investigations on such activities.

At that time, deputy minister Huang further reminded that gambling inflicted serious social harm, which was regarded as a threat to national security. He also issued a warning that harsh punishments are to follow for the ones involved in illegal gambling, so the recently announced crackdown campaign against gambling in rural areas is not at all surprising.

Over the past five years, the number of cases of illegal gambling activity has risen immensely, with more than 1.70 million cases of such gambling been handled by local competent authorities. On the other hand, the first nine months of 2017 saw a massive increase in the number of individuals being charged with online crimes, including online gambling.