One of the largest investors in the real-estate business of the Australian entrepreneur John McGrath said that the company should resolve the questions which had been raised by Mr. McGrath’s online gambling debts in order to deal with the negative consequences that hit it. The shares of McGrath Limited marked a sharp decline today, after media reports about the massive online gambling debt of John McGrath emerged.

Shane Smollen, who is currently the third-largest investor in the real estate business of Mr. McGrath, commented that the issue related to the online gambling debt was an unwanted distraction from much more important problems that the company had been facing. It was a stormy start of the year for McGrath Real Estate, following the announcement of the Chief Executive Officer Cameron Judson and the rest of the board that they were to leave the company in the late January. Now, the 54-year-old Mr. McGrath is set to return as CEO and Chairman.

As revealed by Fairfax Media over the weekend, the company’s founder who is also set to soon become an executive chairman of McGrath Limited, owes $16 million to the Australian arm of the British bookmaker William Hill. The revelation brought a 8.5% decline of the shares of the ASX-listed McGrath Limited which is currently one of the biggest real estate companies on the territory of the country. 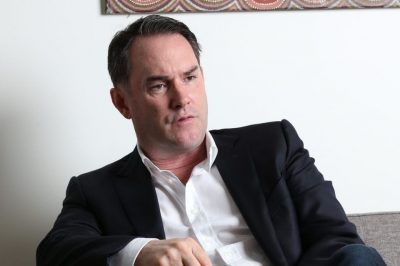 The existence of Mr. McGrath’s gambling debts on horse racing activities has been brought to light after the Australian business of William Hill led by Tom Waterhouse was offered for sale by the UK gambling operators. The information that the local arm of the British bookmaker extended massive lines of credit to Mr. McGrath was confirmed by several sources close to the matter.

Reportedly, the founder of McGrath Limited did not use his real name to place bets, with his average annual losses on gambling being estimated to approximately $10 million. According to media reports, the account has been held in the name of “John Wilson”, with the last bet from the account being placed in the middle of December 2017, when the amount of $500,000 was deposited. However, the debt has not been settled for some time, with the total amount owed to William Hill Australia amounting to $16.2 million.

The fact that the above-mentioned amount of half a million dollars was not used for reduction of the debt, but for new bets to be placed, also raised some questions.

The rumours of large unsettled gambling debts were first rejected by Mr. McGrath, who also sent a message to his real estate company’s staff claiming that the report of Fairfax Media did not reflect the truth. A spokesperson of McGrath Limited refused to comment on the information, saying that was not a corporate issue but one of a personal matter.

Cass O’Connor, the company chairman, refused to make a commentary on the presumptive gambling debt.

As a matter of fact, Mr. McGrath is known as a passionate lover of horses and horse racing. An industry insider shared that the multi-million debt was probably the largest-ever debt held by a single person to a single operator in the entire history of the Australian gambling industry.