The long-anticipated by many poker festival Aussie Millions continues with its agenda to grant as many players as possible with its generous payouts and proving its strong position in the poker calendar. One of the recent tournaments in the rich schedule of the festival was the Aussie Millions ANTON Jewellery $50,000 Challenge which brought many riveting moments on the felt for its participants, bringing the big winner Sam Greenwood a well-deserved first-place prize. The Canadian poker pro made his way to the top and for this received some A$116,400.

It is not a secret to anyone that the Aussie Millions is one of the poker festivals which provide the most generous prizes for the top positions on the leader board. This is one of the leitmotifs of the whole experience and what attracts poker enthusiasts from all four corners of the world to participate in the run for the big cashes. As for the ANTON Jewellery $50,000 Challenge, it managed to draw only four participants who were brave enough to test their skills and lay their hands on the coveted prize. Not more than six hours were needed in order to put an end to the tournament and to pronounce the new winner.

The four participants in the tournament were the big winner coming straight from Canada, the runner-up Jan Schwippert from Germany, as well as the other two players Alex Foxen from the US, and Koji Fujimoto. The tournament itself began a couple of hours later than the announced time since everyone was looking forward to new people joining the table. After this did not happen, Players did not waste any time before the first elimination of Alex Foxen and the overall aggressive style of play was predominant during the initial stages of the event. 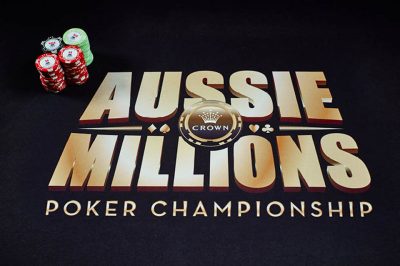 Fujimoto joined the race after the first break in the tournament but after him, no one dared to sign in their name in the list of players competing for the big win. What set the poker action on fire were the four-handed play and the raised blinds which propelled the players ahead in the structure of the event and brought them even closer to the coveted throne. The first one to go home was Foxen, followed closely by Fujimoto, since both of them were on the short end of the chip stack count and this could not save them.

From then on the game for the cash payouts was reserved for Schwippert and Greenwood only, as the heads-up duel has to decide which would be the new champion. The opted for a lock-up on the prize pool and a direct heads-up duel, without letting anyone else join in the final stages of the tournament. This led to the fast-paced action between the two of them and generous prizes for both of them. Germany poker player Schwippert received the runner-up payout amounting to A$77,600 (US$62,958), whereas the big winner from Canada bagged a total of A$116,400 (US$94,437) and an ANTON jewellery for his excellent performance.