The State of Massachusetts may soon be facing a massive discussion on daily fantasy sports (DFS), which legal status is expected to expire in a few months. With the expiry date getting closer, Senator Eileen Donoghue has made a proposal for making DFS permanently legal.

Apart from permanently legalizing daily fantasy sports contests, Senator Donoghue’s proposal would entitle the Massachusetts Gaming Commission with the responsibilities to oversee the state’s gambling industry. In addition, there a 15% tax could be imposed on gambling operators in case that the bill passes.

Senator Donoghue explained that the bill is based on the findings and recommendations of a special commission which was managed by her in 2017. In addition, the proposed piece of legislation is aimed at the establishment of DFS regulatory structure that would bring additional benefits for the state, and at the same time would take care of customer protection and would not restrain further industry growth. 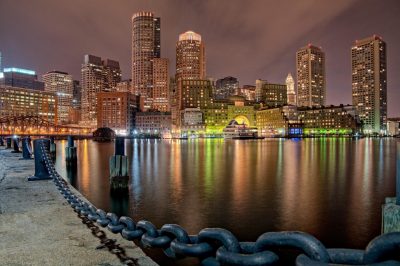 Daily fantasy sports were make temporarily legal by Massachusetts lawmakers in 2016 with the expiry date for their special status quo set on July 31st, 2018. Until then, the Massachusetts Gaming Commission is expected to make a final decision on their permanent status.

As mentioned above, Senator Donoghue’s bill calls for a permanent legal status of daily fantasy sports contests to be granted, as well as for a new 15% tax on operators who provide DFS contests as part of their offering. In addition, under the provisions of the new piece of legislation it would be the Massachusetts Gaming Commission which is to take care of the regulation and monitoring of daily fantasy sports.

According to the bill’s sponsor, it is important for the state to make the status and regulation of DFS clear. Ms. Donoghue further explained that the last two years have provided the state’s legislators with much better view on the industry trends and come up with an adequate strategy for the future. Ms. Donoghue added that Massachusetts legislature would like to treat all gambling operators in a fair way and encourage them to provide their services in the emerging daily fantasy sports market of the state.

The Fantasy Sports Trade Association, however, has protested the newly-proposed 15% saying that such an addition would hit smaller DFS operators and start-ups, preventing them to enter the state’s market. As far as large DFS operators such as DraftKings and FanDuel are concerned, such companies would be required to register with the state’s Gaming Commission, for which they would have to pay a registration fee of as much as $100,000. Also, they would need the approval of the regulatory body to operate on the territory of Massachusetts.

The bill’s sponsor said that she decided to propose a smaller tax rate than the 25% one local casinos are forced to pay after she took into consideration the tax rate in other states such as Pennsylvania and New York.