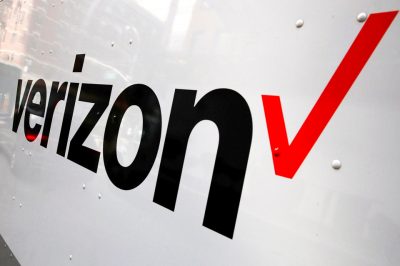 This year is anticipated by many people interested in the development of the gambling industry in the United States, as the US Supreme Court will officially rule on the legality of sports betting. This move has the potential to change the life of a large part of the population, as well as shape the sports gambling field. In relation to that, recently it became known that the American multinational telecommunications conglomerate Verizon Communications Inc. has decided to explore the emerging field and make its entrance in the sports betting market with some key purchases.

Verizon is a leader in the telecommunications industry across the United States, so the move which was announced recently does not come as a surprise to anyone. In addition to that, the entity could potentially benefit a lot from branching out and developing its business in the sports gambling field as well, since many experts point out that before the year is out, US could have its legalized sports betting field. In this train of thought, the well-known entity has spent the last months organizing meetings with people familiar with the matter and consultants which can provide essential advice regarding the field.

The ultimate goal of these gatherings has been to come up with the most suitable way to enter the market and to see how the conglomerate can handle a new venture in the sports gambling sector in the best way possible. In case the regulations on sports betting change over the span of the next 12 months, Verizon should be able to react quickly and secure its position in the field. Following an in-depth analysis of the potential risks and benefits from the move, the provider came to the conclusion that the field is predominantly occupied by gambling operators and this could prove to make the branching out more complicated. However, the strive for diversification of the brand has been a pursuit of Verizon for quite some time now. It could be recalled that last year saw the inking of the acquisition deal of Yahoo. According to the estimations made public, the move amounted to some $4.5 billion. When it comes to the number of people influenced by the acquisition, it should be taken into account that Yahoo has about 1.3 billion users which implement its services on a daily basis, while Verizon itself boasts as many as 100 million subscribers of the mobile network.

Some experts see the future of Verizon with the opting for a different approach instead, as the company could purchase online sports betting entities instead. It could be recalled that back in 2014 he company acquired the OnCue video service developed by Intel Corp. and thus efficiently entered that sector. As of recently, Verizon made it public that it now has an expanded streaming arrangement with the NBA, which can also facilitate the development in the sports gambling field in case the ruling is in favor.