Hāpai te Hauora, the biggest Māori public health organization in New Zealand, has tried to bring more light to the matters of possible gambling-related harm that could be linked to online gambling products provided by the Lotteries Commission.

The organization has warned about the potential risks which such products could pose to local residents. Hāpai te Hauora revealed that it was concerned with the fact that New Zealand customers could be hurt by the possible negative influence of some online gambling products that have been recently rolled out by the Lotteries Commission. One of the main areas in which the organization has been investing a lot of efforts has been minimisation of the negative impact that gambling could have on people’s lives and tackling with spreading gambling addictions.

According to Hāpai te Hauora, the afore-mentioned issues could cause massive harm to society. This was one of the main reasons why the public health organization has raised a red flag. The negative opinion which the organization has of these products, has been based on the online interaction’s nature.

The General Manager of the organization – Anthony Hawke – shared that raising the awareness of gambling-related harm and reduction of possible damage that could be inflicted by gambling addictions was a matter of paramount priority. Mr. Hawke explained that it was a good thing that the online gambling applications featured certain security measures, but unfortunately, the latter turned out to be not sufficient enough to lead to more serious measures to be imposed.

Hāpai te Hauora’s General Manager further explained that the Lotteries Commission had been making attempts to offer various online gambling services for more than a decade, but New Zealand’s governments did not do much about that, despite being informed about the tremendous risks posed to local residents. 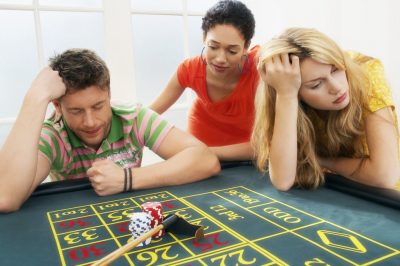 Lately, the number of players dealing with problem gambling on the territory of New Zealand has been rising and Hāpai te Hauora has not been the first organization to warn about harmful effects of gambling addictions of local citizens.

Last week, the Problem Gambling Foundation of New Zealand (PGF) also issued a warning about certain forms of gambling. The organization that is set to provide gambling counseling services to New Zealand problem gamblers described the adverts that lotto operators sent via e-mails to customers as a form of gambling with high risk potential.

The statement made by the Problem Gambling Foundation spokesperson came as a commentary of the new advertising strategy taken up by Lotto New Zealand. The operator has started sending e-mails to some of its online customers, offering them to try the new Instant Play feature of MyLotto. However, according to the Problem Gambling Foundation, such strategy is dangerous as it primarily targets younger audiences.