As it is known the previously shuttered Revel casino located in Atlantic City is scheduled to reopen soon since it has been bought by Colorado developer Bruce Deifik. The purchase deal amounted to some $200 million and it seems like the venue is well on its way to welcome its first customers in a long time. In order to improve the experience and make it as pleasant as possible, the developers of the new project, which will go by the name of Ocean Resort Casino, have decided to conduct some research among the previous guests of the Revel and give them the chance to give their feedback on the services they have received.

The Colorado developer is looking for ways in which the renovated location could attract more happy customers and make their experience memorable. According to the records, the Revel suffered from the unstable gambling situation in the East Side casino hub and this has reflected on the experience of the customers. The constant strive to provide the highest level of customer experience is the reason why Bruce Deifik has opted for asking people’s opinion on what could be done differently and how their time in the Ocean Resort Casino could be significantly improved.

What Could Change in the New Location? 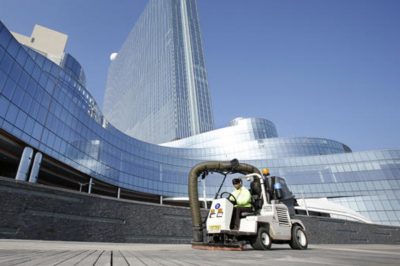 In the two years since the closure of the Revel many things have changed and according to the survey conducted by the new operator of the venue, people would like to see some improvements in the operation of the venue. One of the predominant points they made was the layout of the casino facility and how it should be considerably improved.

The designed to be impressive giant escalator which welcomed the guests, was instead annoying and obstructing the fast access from the boardwalk entrance to the casino floor. The parking space was also located at some significant distance from the casino venue and that could have been better thought through.

Some of the patrons claim that the ban on smoking has changed their mind on playing at the gambling facility. They state that even after the ban was dropped, the security guards were very strict on the supervision. Another concern was the lack of a buffet at the casino floor, even though the Revel boasted celebrity restaurants with five-star reviews. The main argument was that a buffet could provide a more affordable food alternative to the premium restaurants and this could prevent the eventual money issue for the casino operator.

Tickets for the entertainment hall were also overpriced, sometimes even reaching price records for the field. Some casino patrons claim that the outdoor pool and day-club called HQ was a nice feature which they would like to see return. As for the retail offerings, there has been a feedback that the new and improved Ocean Resort Casino should feature some more generous offers, proving that the management values its customers enough to provide them with bargains.

The official launch of the Ocean Resort Casino should happen by this summer, finally putting an end to the long waiting. This will also result in up to 3,000 new job positions being opened for people in the region, which is also something everyone eagerly anticipated.