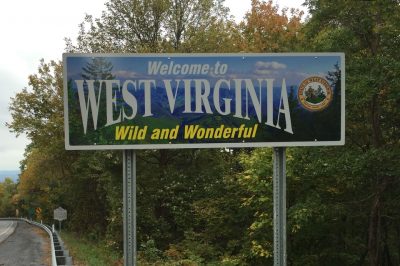 The state of West Virginia has been willing to legalize online gambling for the last almost a year and this month brought the news that a group of several Democrat state lawmakers has made a second attempt in introducing the bill which has the potential to make online gambling legal within the borders of the state.

The said legislation goes by the name of House Bill 3067 and the foreseeable future could witness a hearing by the House legislative committee. This is expected to change the overall gambling environment in the state and turn it into a competitive location on the gambling map.

The decision of reintroducing the bill which was initially drafted back in March 2017 is not a surprise to anyone since it comes only several months after it became known that the state of Pennsylvania has legalized online gambling. This move proved to be beneficial for the financial state of the region and provided funds for filling the growing hole in the state budget. In order to keep up with the development and offer a rival alternative to its neighboring state, West Virginia formally introduced the bill with a primary sponsor State Delegate Shawn Fluharty. The lawmaker stated back in October 2017, shortly after Pennsylvania’s decision, that the state should make an effort and legalize online gambling promptly.

Contents and Conditions of the House BIll There are also four other delegates which co-sponsor the legislation, to the likings of Sean Hornbuckle, Mike Pushkin, Joseph Canestraro, and Mick Bates and with their combined efforts the officials are striving to give licensed casino locations in the state of West Virginia with the authority to offer online gambling to their customers.

As it is stated in the text of the bill, all players who participate in the said gambling activities will have to be not less than twenty-one years of age. Another crucial regulation proposed in the bill is that online gambling should be on offer only for patrons located within the state or other jurisdiction which is permissible under the bill.

The conditions regarding the new bill are more flexible in West Virginia than those in Pennsylvania and this means that the casinos operating in the state could enter the field in a more hassle-free way. Each casino operator which considers offering online gambling to its customers will have to pay $50,000 in the form of a licensing fee. Once they begin operation the tax rate will amount to some 14 percent of the gross gaming revenue. The reintroduced bill has a big potential when it comes to its passing since last year there were some setbacks for the process.

It could be recalled that the month of April 2017 was when the West Virginia legislative session came to an end and this gave no time for the bill to gather enough support from the lawmakers. With a couple of months for consideration ahead and several Pennsylvania casino venues near the border, chances are that the bill might pass. The expected legalization of online gambling on a federal level is also a factor which could affect the decision of the lawmakers.