PokerStars Caribbean Adventure continues ahead with full throttle and this Sunday saw the official final day of the Main Event which brought many exciting moments to poker layers from around the world. This time the throne in the culminating event was claimed by female poker pro Maria Constanza Lampropulos, who managed to reach the top position on the official leader board and for this feat was granted $1,081,100 as well as a Platinum Pass to the 2019 PokerStars Players Championship.

This edition of the Main Event, which is the first one after the one-year hiatus, brought a major change in the status quo established by the previous 14 editions. Lampropulos is a name which will remain in the history as the first female player to win the PCA Main Event which is known as one of the oldest poker festivals in the world. The 36-year-old poker player from Buenos Aires, Argentina succeeded in outplaying all 582 players which were willing to participate in the Main Event.

This also resulted in an exciting final table action among some of the best players to participate in the tournament. The buy-in of the Main Event amounted to some $10,000 which in turn resulted in the total prize pool swelling to as much as $5,645,400. This, subsequently, meant that the first place prize will exceed the $1-million mark.

Skillful Player on the Field 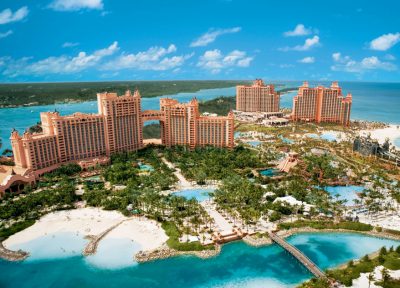 The Argentinian poker pro was proclaimed as one of the early favorites in the Main Event, due to her general disposition. It seems like her temperament and the level of proficiency she has when it comes to poker make her the most suitable participant in a poker tournament. This is also her second $1-million victory in the past eight months, which is a fact worth mentioning.

Back in April 2017, she succeeded in beating all rivals at the £5,000 + 300 No-Limit Hold’em – partypoker MILLIONS Live and claimed the first position. This brought her a sweet payday amounting to some $1,255,004, which is also her largest winning from a live poker tournament so far. During the PCA Main Event final table, she demonstrated her proficient poker skills and went so far as to send well-known poker pro such as Shawn Buchanan to the runner-up position. This brought the US player the mere $672,960 at the end of his performance.

It is known that under the nickname “buck21” Buchanan has won numerous online poker tournaments, among which six COOP titles on PokerStars. However, not even this was enough to guarantee him good hands and he had to part ways with the big win. The third position on the official leader board was reserved for Koray Aldemir from Germany, who bagged some $481,560 on his way out the poker tournament.

The year 2019 is going to welcome Lampropulos with even bigger challenges, as she will have to face some of the most successful poker players at the 2019 PokerStars Players Championship which is scheduled to take place at the Atlantis Resort, Paradise Island, in the Bahamas. With about twelve months ahead of her, she has enough time to mentally prepare and elevate her skills to the next level, which will secure her an excellent performance and a potential win.