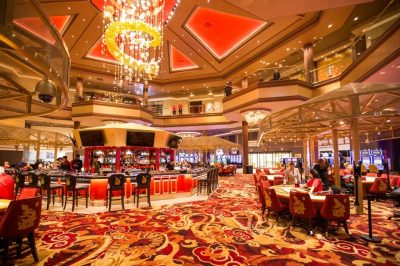 One of the more recognizable locations in the city that never sleeps is the Asian-themed integrated resort called Lucky Dragon which is relatively new to the area. It has been recently announced that the management of the hotel and casino facility is planning to reduce the costs they have and in order to make that possible, the Lucky Dragon is going to cut the number of employees. Another thing which is planned to be done is the closure of gaming and restaurant offerings for the time being. The cost-saving and renovation measures began this Thursday and it was confirmed that thee venues will reopen in six months time.

As it could be recalled, the location welcomed its first guests in the last month of 2016 and it recently marked a whole year of operation near the Las Vegas Strip. The only restaurant option which is going to remain open for business will be Cha Garden so that the location is not rendered entirely without food options. The venue will feature full bar in the nighttime, as well as an expanded food menu aiming to satisfy all guests of the integrated resort. During the period dedicated specifically to reorganization, the hotel property, as well as the gift shop, will continue their regular work. All guests of the Lucky Dragon will also have the opportunity to try the assertive room service, morning tea, and coffee.

The move has been considered for the last several months since it is expected to help the process of reorganization which is scheduled for the next half a year. As it is known, the management of the casino resort is trying to explore its options and create new partnerships when it comes to food partners and gaming providers. The casino venue, in particular, is constantly trying to improve itself and this break has the potential to improve the offerings it has and to boost the level of satisfaction of the customers. It is known that new companies will take over the management of the food and casino areas.

Future Prospects for the Location 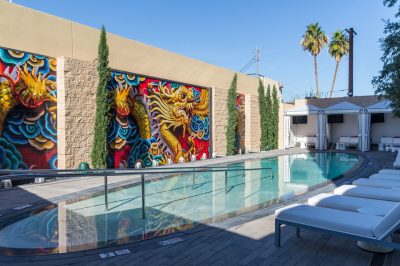 Officials stated that all employees who have been laid off will again have the chance to join the team once all locations are finished and open for business. The decision might be tough, but it is all for a good cause, as the improved casino venue and restaurants have the potential to draw many new customers to the Lucky Dragon and make it even more popular among people looking for a good time in Las Vegas. For the time being the number of workers who will be laid off has not been specified by the casino operator. Something which has been discussed by the management of the Lucky Dragon is the fact that when it opened in 2016 as an independent location not linked to a larger casino operator, there was no player data base.

This fact has the potential to make the revenue from the location lower, but the overall performance of the integrated resort has been very well according to Lucky Dragon Executives. Back in March 2017, they confirmed that the interest of VIP players was very high which has led to the official opening of a second VIP gaming lounge aiming to provide better experience to the high-stakes customers of the casino venue. However, the renovation project never became reality, and many look forward to it being finished during the announced reorganization project.